I’m lying on my cot inside my little one-pole tent this evening resting and listening to all the sounds of the Goose Creek Rendezvous around me. A thunderstorm had finally passed, and people are settling in for the evening, gathered under damp canvas awnings in front of canvas tents. Voices carry from all directions around me as old friends catch up and tell stories, some true and some tall. A man is playing his guitar and singing folk songs a row over from my tent. Children are laughing and splashing in the wet grass.

It was a good day today, despite the rain. This morning I was treated to french toast and ham in a neighboring camp. Then we went to shoot at the gun range. We shot at the short range, which was mostly at targets such as oranges, potatoes and small sacks of flour placed within 20-25 yards, and a couple longer shots at targets 50 and 75 yards out. I think I did pretty well, hitting 11 out of 14 targets and placing somewhere in the top 10 overall and possibly first in the women’s category. 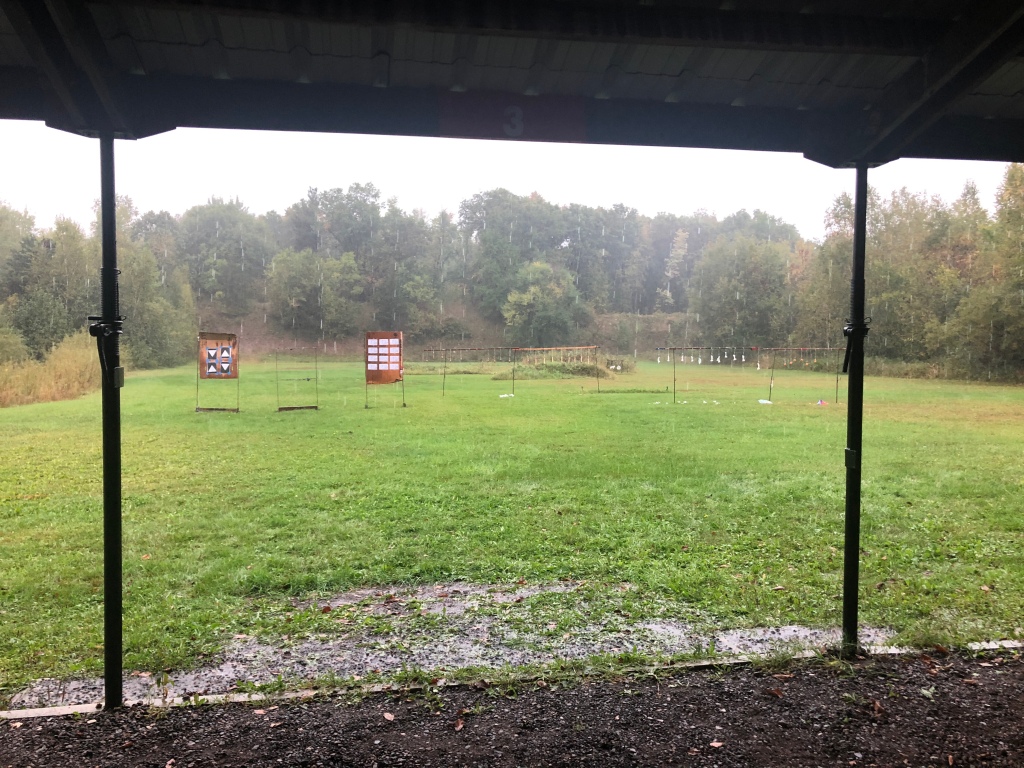 Considering there was just one other woman who competed, I will take the win but won’t give it as much weight as the win I earned last night at the candlelight shoot where I beat all the other competitors, including the men.

I also threw in the hawk and knife competition and competed on a team on a woods walk, where we had to shoot, throw hawk and knife and shoot a bow and arrow through a scenario in the woods where it was the year 1825 and we had to “hunt” fowl for the booshway who was throwing a banquet for some guests. When it was my turn I missed my shot at a grouse target on the ground with my rifle, but I hit a paper grouse with my tomahawk, and just barely missed a turkey target with the bow and arrow. We also had to decide how to react to the redcoats and other surprises we came across. I don’t know how my team placed, but we all had a lot of fun.

The music is still playing next door, and it’s time now for me to go join in on the fun. Tomorrow is more shooting in the morning, the camp meeting where winners are announced and prizes are awarded, and then it will be time to break up camp and head on down the road to the next adventure.